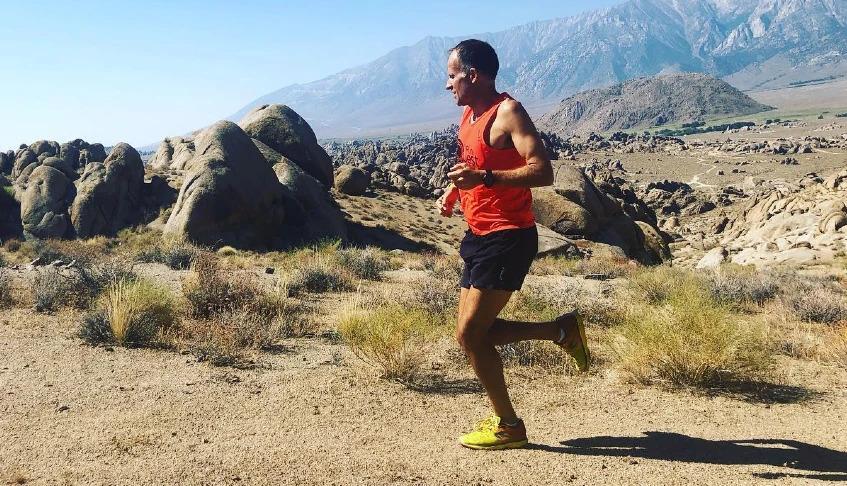 A lot of us runners were pretty bummed when our races got canceled, postponed or turned virtual this year. We made adjustments, understood the deal and some of us even took much-needed time off. It has also been amazing seeing all the new runners out there – Nice work and keep it up! One group I’ll admit has impressed me (Andrew Maxwell of Newton Running) the most these past few months. It’s those one-of-a-kind runners who are still thriving and doing incredibly inspiring things the rest of us are in awe of!

When the Badwater 135 Race was canceled this year, Harvey Lewis decided to take advantage of the opportunity. Doing his due diligence, he made sure the logistics for his plan were safe and approved and then headed to the Mojave desert where it was 128 degrees. Taking off from the lowest point in the United States (Death Valley 279 ft below sea level) Harvey ran 146 miles to the highest point in the contiguous U.S. (Mt. Whitney Summit at 14505 feet).  33hrs and 32 minutes later he had broken Marshal Ullrich’s 29 year old Fastest Known Time record!

“If the race had happened, I wouldn’t have taken a shot at the FKT. I’d have run my 10th Badwater (ultramarathon) and been happy with it.”

Harvey, an amazing guy, and tells a great story! Check out the full chat with Harvey above; We talk about what this experience was like and how special that road from the Badwater Basin into the Sierras is to him!